This event has been completed.
Please visit this link to perform individual Soma Maha Homam.
https://www.vedicfolks.com/life-time-management/karma-remedies/homams/soma-maha-homa.html

Soma Maha homam on Chandra Darshan day is very auspicious as it glorifies Lord Shiva who controls the lunar deity who is neatly tucked in His lock of matted hair. The moon controls the mind and all our meditational energies emanate from Lord Shiva. He instantly blesses devotees who strive to discipline themselves and control their mind.

During the ancient times the use of bio-energy was prevalent. This energy process had a huge impact in the change of Prana, which is a life force which vibrates through man and connects with the cosmos and Soma Maha Homam is one such.


Soma Mama Homam uses the juice of a special herb or the herb itself in the oblation. It is the king of herbs and provides an extra powerful uplift of healing energy to the entire atmosphere of the earth. Soma juice is a favorite of the gods of heaven like Indira, Agni, Vayu and the lunar deity which is moon.


According to Vedic literature, there are seven Soma yagyas and when the ritual is organized on a large scale for the sake of society at large, it’s called Soma Yagya.


Soma homam is a highly spiritual and effective method to reach out to the gods as prescribed in the Vedas. The Soma juice were relished by the celestials for its medical properties, healing energies, nutrition, and disease curing effects. Soma yagya improves the psyche both qualitatively and quantitatively.


Vedic study reveals that our soul is wrapped inside five sheaths or layers called pancha kosha. The atman or the soul is at the centre with a close proximity to the Aanandamaya Kosha where one achieves ceaseless bliss. The other sheaths that form a layer of human existence are Vignanamaya Kosha or intellect sheath, Manomaya Kosha or mind sheath, Pranamaya Kosha or vital air force sheath and finally the outermost layer is called the Annamaya Kosha or food sheath. Though these five layers form the basic outer structures of the soul, there are two others called the Chitta Kosha and Sat Kosha which relate to spiritual wisdom and final state of merging with the infinite consciousness who is Lord Shiva. Scriptures describe that god resides in Sat Kosha and through immense devotion and ritual practices we are able to attain the Divine. One such route is performing the Soma Maha Homam that helps us in the ultimate realization of the almighty.


The principle of Shiva-Shakti is also displayed in the Soma Maha Homa. When Soma combines with Agni in the homa it is absorbed by the sun’s rays and it unites with Agni to form a water embryo which multiples further into the womb of clouds leading to birth of rains. Therefore, Soma Maha Homa paves way for natural abundance.

Soma Maha Homam protects the body from chronic illnesses, prevents mental disorders like depression. Its therapeutic properties are need of the hour, when the world is undergoing chaotic health issues. The Soma ritual is a Vedic method of purifying and balancing the planet. It bestows prosperity to the entire living beings on earth including plants and animals that are revitalized. It also keeps hostilities away. The Soma Maha Homam illumines you, invigorates and rejuvenates. It stirs good thoughts and puts one on top of the world. It fetches the blessings of Lord Shiva as it activates the Anandamaya Kosha where the ultimate reality resides. It leads to immortality with blessings of multiple gods.


Soma Maha Homam offers the Soma elixir to appease the six ritu devatas or energies, to redress the balance of the six seasons which seems to be in tumultuous disorder. The Homam strengthens the five elements or pancha bhutas like water, fire, wind, sky and earth for blessings of prosperity and to restore natural equilibrium. 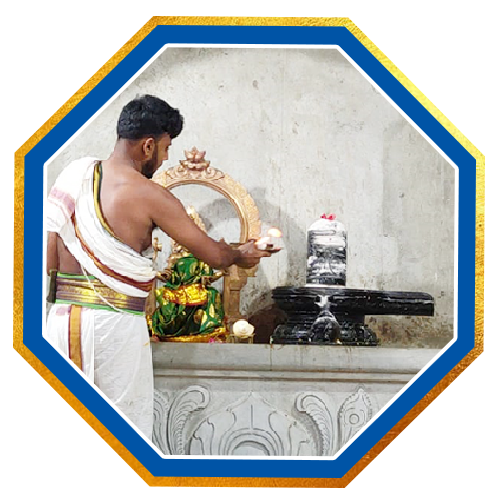 The Moon controls emotions, will power, health and wealth and also influences our thought process. An exalted Moon prevents depression, anxiety, nervousness etc. On the other hand, a debilitated Moon which is weak in the birth chart leads to various acute diseases like tuberculosis, chest and lung ailments and digestive problems. Performing Chandra puja strengthens all aspects of a weak Moon and if you have a strong moon in the chart, then it further bolsters its power to bestow you with numerous blessings. It also makes feasible ways for strengthening the moon to obtain positive energies. The puja brings to your life favourable moments and removes any personality disorders including that of Rahu-Ketu negative influences. 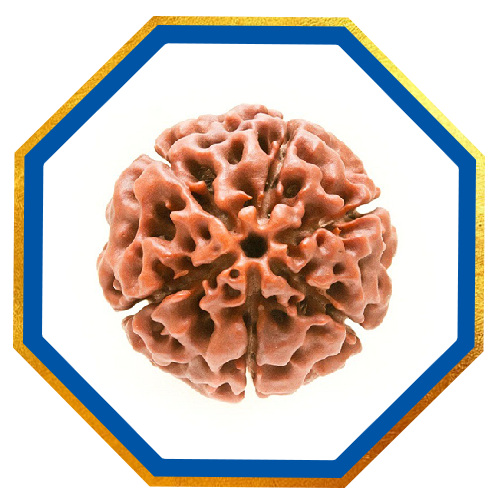 Six Mukhi Rudraksha symbolizes Lord Muruga. It solves Mars affliction and also fetches the grace of Mother Parvati. The divine bead improves career, profession and helps to accomplish scholastically. It satisfies dreams and paves way for an exceptionally rich life.
The six-faced Rudraksha is endowed with warrior qualities and is related to your senses. The owner is blessed with youthful appearance and great vitality. It fulfills desires, you can face challenges fearlessly, be spontaneous while addressing your day to day affairs, possess supreme command, and smartness to act quickly. It gives focus, perfection and a good grounding. The user gets luck, assets and vehicles.