This event has been completed.
Please visit this link to perform individual Chandi Homam.
https://www.vedicfolks.com/health/karma-remedies/homams/chandi-homam.html

Durgashtami is a very auspicious day that falls every month on the eighth day of Shukla Paksha. On this day, Goddess Durga, a creation of Brahma, Vishnu and Shiva, is invoked. She appeared to destroy evil, in the form of demons, on earth. Fasting and performing rituals on the day pleases the mighty female power that helps to get rid of bad karmas of past life and sins. She improves love and relationships, self-confidence and courage. The rituals and fasts protects from disease, brings health and prosperity. On this day, you clear all difficulties with the blessings of Goddess Durga. She makes sure you get divine protection, success, prosperity, happiness and peace. Invoking Goddess Durga by reciting Devi Mahatmayam is sure to fetch favourable results to the devotee.

Goddess Chandi is a composite personification of Lakshmi, Saraswati and Parvati having plenty of attributes of Trayambaka with three eyes that spans past, present and future. She rescues the distressed and oppressed who surrender before her whole heartedly. In such a state, no one goes astray and no misfortunes befall the devotee. Her divine grace works to destroy our inner enemies and when she is pleased she mitigates all sufferings and brings success, wealth and prosperity into the lives of people.

Saptashati Parayanam Homa is dedicated to the powerful form of Durga. It addresses the problems of joblessness by clearing all obstacles, it also bestows a trouble free life and puts your career on the path to progress.


It refers to the thirteen chapters taken from Devi Mahatmyam that pays obeisance to the goddess who removes fears and blesses us with grasping powers of knowledge.


The thirteen chapters are divided into three parts – Prathama, Madhyama and Uttara. The first chapter explains the glory of Maha Kali, the second and third and fourth chapters glorify Goddess Maha Lakshmi and the last nine chapters from fifth to 13, describe the glory of Saraswati.


This divine compendium is a guidance of what man should do to attain salvation. It helps to resolve all problems and bestows both materialist and spiritual boons.


Also called the Chandi path, Saptashati when recited, makes you unconsciously aware of the presence of the divine power that guides you out of all troubles.


It says that it attracts the minds of the intellects or Gnanis so that they are obsessed with the Goddess. It helps destroy fear among the mortals and provides auspiciousness as they meditate on her sensibly. She is readily available to ward off fears, sorrows and adversities of her admirers. It describes her as Shiva Swarupa, and fulfils all wishes.


The Chandi Saptashati Parayanam involves the recital of the 13 chapters in which 700 verses exist. After reciting each chapter the priests will offer Purnahuti, which are sacred offerings, to the homa kunda while chanting specified mantras. The mantras are very powerful that they not only purify the space but also satisfy one’s desire. Finally, after the Parayanam of the 13th chapter is completed, a Maha Purnahuti will be carried out by offering a red sari to the most benevolent goddess Mother Chandi. 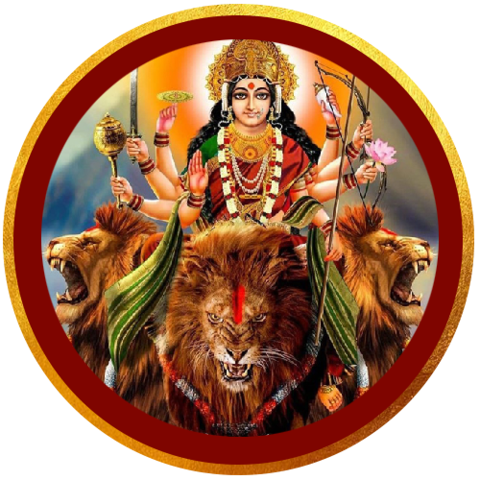 The Durga Suktam is part of Mahanarayana Upanishad of the Krishna Yajur Veda. It emphasizes the role of Agni as a boatman who ferries the devotee towards enlightenment or Agni. The fire god connects us with the divine forces and that’s why he plays a major role in all rituals and worships. Agni signifies Kriya Shakti or the power of action and goddess Durga represents Kriya Shakti. She empowers the whole universe. Lord Shiva is ‘shava’ or corpse without his Shakti. Therefore, Agni and Durga are one and the same, according to the Vedas. A Durga suktam puja is very auspicious on Durgashtami along with Saptashati Homa and it transports the devotee to the sublime level and one feels her energy and grace. The Durga sukta puja leads you away from darkness of ignorance and evil by protecting you and saving you from perils and wrongdoings.

The suktam puja removes difficulties and obstacles, grants you material prosperity in the form of land, shelter and agricultural holdings. It bestows innumerable prosperity to our children, and drives away adversities. The suktam appeals for protection of the body by granting good health and safety from accidents. It also prevents enemy hindrance, increases happiness, and bestows good fortunes of all kinds. 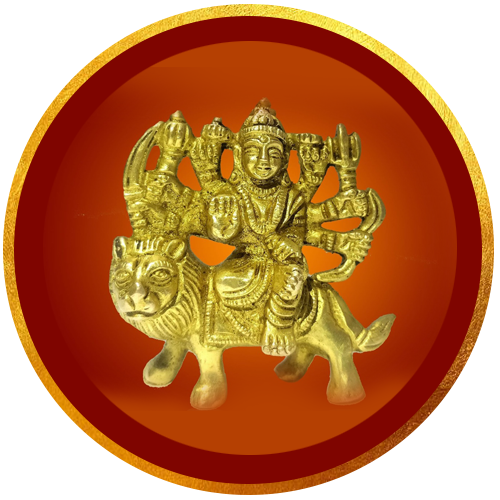 Durga the invincible embodies fearlessness and patience. She is the root cause of creation, maintenance and destruction. Durga is universal mother who vanquishes forces of evil and is the protector of all that is good and harmonious.

A mother who protects her children from adversities, the Durga statue would be a divine gift for you. The statue made of brass, when venerated drives away negativity from your dwelling or professional spaces. Get lucky enough to possess this energised idol for best results in your life. Sing praises in the Mother’s glory after gently placing her in your puja space. Worship her every day for all time protection and auspiciousness.