Also known As Akshaya Tritiya or Akha Teej, Akshaya Tritiya falls on the lunar day of Shukla paksha during the Indian month of Chitra or Vaisakha. The name Akshaya Tritiya connotes eternal or never ending prosperity, success, luck, wealth and joy on the third day of the brighter half of moon.


Vedic texts say that Treta Yuga began on this day and also the sixth incarnation of Lord Maha Vishnu manifested on the same day. It was also a day when Draupadi received an ever-brimful vessel called Akshaya patra from lord Krishna. The incident of Lord Krishna transforming poverty-stricken Sudama’s life also takes place on this day. This day is also dedicated to Lakshmi and Kubera as they symbolize wealth in profusion and abundance.


Akshaya Tritiya is a day of spiritual upliftment and desire upliftment that conveys the message that even material needs can flow when one’s devotion is very intense. Therefore the day must be spent on spiritual activities like puja, japa and homa to the Gods for their kindness in the form of windfalls.

Lord Kubera is a custodian of wealth and food grains and has a duty to ensure the security of wealth and mother Lakshmi bestows these material goods to her people. The two heavenly energies signify wealth in profusion. In this materialistic world, there’s a cost for everything and hence without wealth we cannot manage our day to day expenses and other comforts that life demands. To grant that sound wealth, status and all round prosperity, these two deities of the Vedic pantheon are invoked on an auspicious and special day, Akshaya Trithiya. The homa grants material growth, prosperity and blesses the devotee with comforts and luxuries. 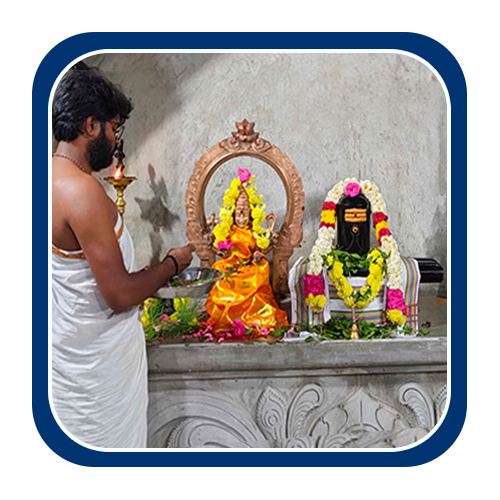 Lakshmi Kubera puja is a worship of great reverence dedicated to the two gods. A puja along with homa to these two deities helps recover lost wealth, ensures prosperity and enriches life. Expect double benefits by taking part in this puja that will be conducted especially for you on the day of Akshaya Tritiya. Lord Kubera embraces the Sanga nidhi and Padma nidhi pots in his left and right hands respectively. Goddess Lakshmi instructs Kubera to hand out her possessions in excess to those worshipping her aggressively. The puja will be conducted at our homa centre by invoking the gods through archana and mantra worship. 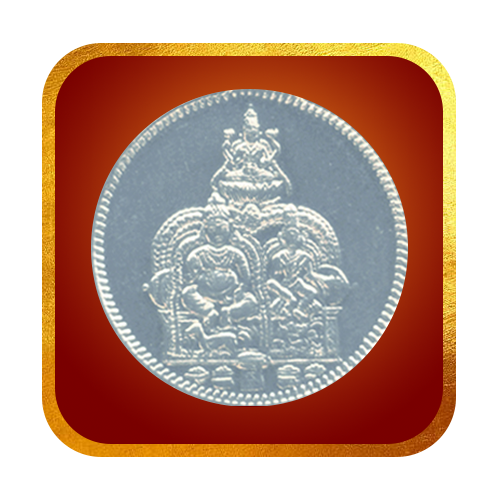 Lakshmi Kubera silver coin is a delightful gift from Vedicfolks. The conferrer of wealth goddess Maha Lakshmi and her humble treasurer lord Kubera are embossed in this attractive piece of coin. On the other side of the coin, a pattern of the Lakshmi Kubera coin is etched which brings auspiciousness for you. The coin ensures prosperity, draws new sources of income and avenues and also helps to increase flow of funds. It also grants the ability to accumulate wealth, career or professional growth, and also in business. Lakshmi Kubera yantra on the coin gives wealth, prosperity and good fortune which are mandatory for sustaining life. When the yantra mantra is uttered all desires are fulfilled and there’s no dearth of money, material comforts and even other types of prosperity like food, knowledge, valour etc. Kubera’s treasury is always full and never allows His worshippers to face any shortage of resources.