Watch the recorded version of this Heramba Ganapati Homam on
https://www.youtube.com/watch?v=yRYOv2b7_tk

Sankashti Chaturthi is dedicated to Lord Ganesha and is observed on the fourth day of Krishna Paksha in the month of Shravan. This day is devoted to the specific form of the lord – Heramba. This form is very exceptional and has five faces and ten hands. Worshipping Heramba Ganapathi on Heramba Sankashti Chaturthi grants confidence for facing all problems and tribulations. It also helps you to clear doubts about the future.

‘He’ signifies weak and ‘ramba’ means helpless, so the lord is the guardian of the weak and downtrodden. Heramba Ganapati has a unique form with five elephant heads and ten hands, seated on a lion. The five heads face various directions, four are pointed towards each of the directions like north, south, east and west, while the fifth faces the sky. The faces represent Lord Shiva, Lord Vishnu, Lord Brahma, Goddess Shakti and Lord Surya. He is regarded as the embodiment of five Ganapathis namely – Maha Ganapathi, Siddhi Ganapathi, Shakthi Ganapathi, Vidhya Ganapathi, and Moksha Ganapathi. All five elements like air, water, sky, earth and ether are said to have emanated from Him. He is the supreme force who performs the five-fold acts of nature such as creation, sustenance, destruction, disappearance and granting divine grace. He also removes obstacles, gives confidence and knowledge to the weak to achieve their task.

Heramba Ganapathi Homam invokes the powerful form who is the controller of fear and other negative aspects. The homam lifts your confidence level so that you can face the world with renewed hope and determination. It removes barriers from your path to success, wipes out your sorrows and doubts gives extreme knowledge and excellence in your chosen tasks. By worshipping Heramba, the vulnerable can gain confidence when they face tough situations. They can overcome fear to achieve what they want in life. Thiruvadira and Ardra nakshatra natives can worship this form for special blessings.


Sri Heramba Ganapathy Homam helps manage difficult situations in life by increasing courage and confidence levels. It overcomes fear in an effective manner. It helps to eliminate potential threats from enemies and evil forces. Another advantage is that it makes feasible ways for nullifying malefic effects of planets. 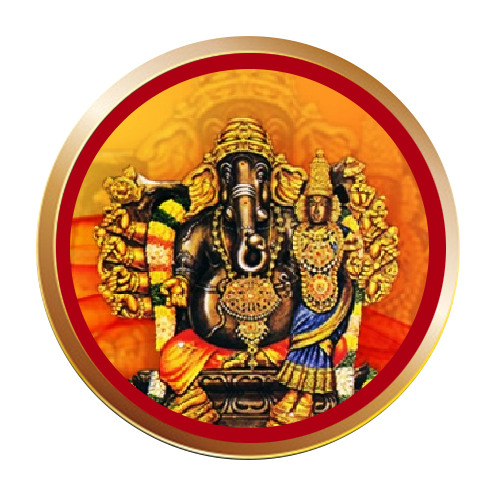 A powerful aspect of Lord Ganapathi, Ucchistha Ganapathi is considered to be a tantric form. His complexion is blue or almost black with six arms on the right holding rosary beads, pomegranate fruit and a twig of paddy. On the left side he embraces a goddess who is seated on his lap, while the other two arms grasp a musical instrument, Veena and a blue lotus. This unique form is worshipped for success in endeavours, fastprogress in job related matters and for absolute control of life.


Ucchistha Ganapathi is worshipped in the tantric form as he’s understood to offer his devotees everything in abundance. He embraces his consort unlike any other aspect of Lord Ganesha symbolising his intent to grant boon of progeny to his devotees. Couples seeking child boon can worship Ucchistha Ganapathi for satisfying their desires. Besides removing obstacles from the path, Ucchistha Ganapathi blesses the devotees with success and brings elevation in career and grants wealth and prosperity to all. 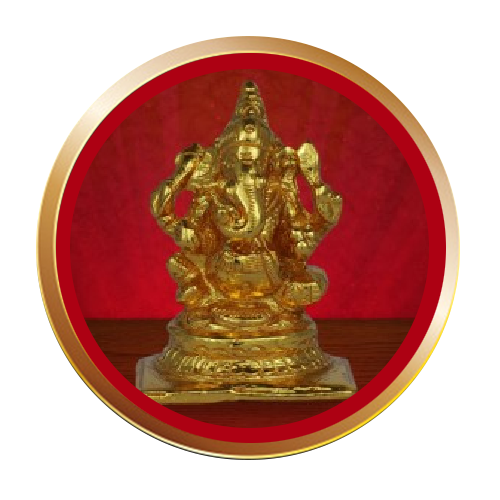 Lord Ganapathi or Ganesh is worshipped before the commencement of any auspicious events like business ventures, wedding and house warming, etc. Lord Ganapathi removes obstacles that obstruct your progressive path. Offer prayers daily with flowers, and mantras that glorify the lord who’s a lucky charm for all. You can light an incense stick andapply sandal paste and kumkum to the idol. Ganapathi statue will be energized in the Heramba Ganapathi homam before it’ssent to you. Spread positive energies around your space along with good luck and happiness with this beautiful idol.