This event has been completed.
Please visit this link to perform individual Gandaberunda Narasimha Homam
https://www.vedicfolks.com/life-time-management/karma-remedies/homams/gandaberunda-narasimha-homam.html

Lord Gandaberunda Narasimha is the highest manifestation of Maha Vishnu. The form has eight heads and 32 hands holding various weapons and possesses magical strength. Lord Gandaberunda is capable of dealing with ultimate forces of destruction. The lord protects his people from abhicara prayogas (dark evil such as black magic) of every kind, and enemies. Mighty Gandaberunda is the combined power of Narasimha in all glory with Sharaba, Durga, Kali forming a part of the form and Goddess Lakshmi as Narasimhi or Pratyangira Devi.


Gandaberunda Narasimha Homam will be performed on the auspicious day of Mokshada Ekadashi which is also called Gita Jayanti. It was on this day that Sri Krishna – an incarnation of Maha Vishnu – gave Arjuna the Bhagavad Gita before the Kurukshetra battle took place. On this day, the lord bestows his grace and mercy upon his people. He also, in one of his advises, told Arjuna that a devotee who fasts on this day is equal to Chintamani, a precious gem that grants all desires, and it would fetch great merits for sadakas. It also liberates (moksha) ancestors and they bless their descendant peace and happiness.

Gandaberunda Pakshiraja (facing East) – This form is said to have defeated Sarabeshwara and his consorts with his face. Worship of this face protects one from enemies and cruel negative energies like black magic, sorcery, serpent wrath, evil eye, etc.


Adi Jwala Narasimha (facing South East) – The Lord that subdued Nandi, Virabhadra, Aghora and Astra Murtis that evolved out of Sarabeshwara with his face. The form when worshipped along with powerful mantra eradicates diseases and grants good health. He is also known as the great protector who readily arrives to protect his devotees in times of need.


Maha Vyaghra (facing South) – This form subdued Lord Ganesh and other Parivara devas of Sarabeshwara. Invoking this form protects from all dangers of nature, humans and celestial forces.


Hayagriva (South West) – Invoking this form bestows proficiency in all Vedic knowledge such as shastras and ultimately grants liberation.


Aghora Vanarendra or Hanuman (facing North West) – If you face any hurdles or dosha due to planetary impacts of any kind, then this form will safeguard you. It also grants expertise in ShatKarma prayoga which are six purification techniques used by yogic practitioners.


A true devotee of the lord can view a hidden ninth face called Badabanala mukha which is Adi Narayana. This form is very rare and beyond the comprehension of common man.

Gandaberunda Narasimha homam is a very powerful ritual that invokes the angry form of lord Narasimha that destroys tough immorality of your enemies and protects you from all types of dosha. The homam is meant for the welfare of devotes. The eight faces of Narasimha grant multifold blessings to ensure your peace and happiness. The ritual keeps a check on negative planetary influence in your life by clearing all hurdles and difficulties. It also removes snake curses, fear of snakes and ancestors-related karma. The homam will be performed by experienced, orthodox priests who follow the rules of Shastra strictly. 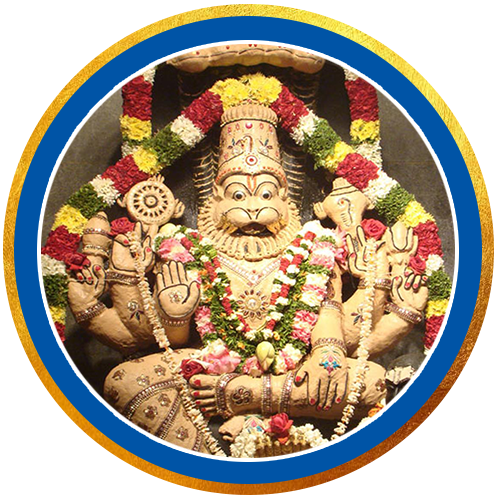 Narasimha Sahasranamam means the 1000 names of Lord Narasimha. The lord that is the most powerful of all Vishnu avatars, manifested to kill demon Hiranyakasippu. Performing ceremonies by uttering the names of the Lord Narasimha removes all kinds of fears and anxieties. It works on the subtle minds of the devotees and gives courage, confidence and faith. It acts as a shield to alleviate troubles, dangers and sufferings. It can bestow the state of fearlessness, success, peace, wealth, prosperity and tranquility. It also promotes general well-being, fulfills wishes and leads you to the ultimate goal of liberation. 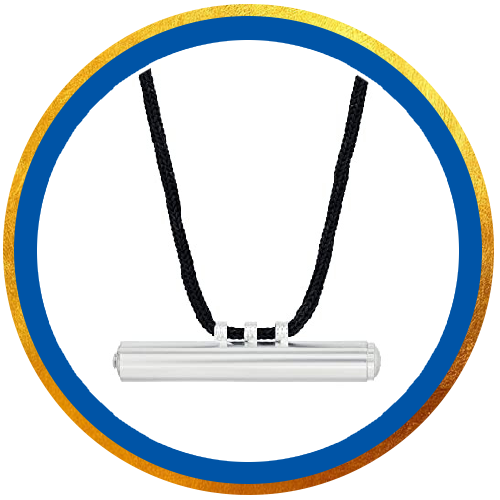 An amulet is a pendant that can protect the possessor against evil forces, like enemies, black magic and evil eye, etc. it also brings good fortune to the devotee. The Narasimha amulet will be energized in the powerful Gangaberunda Homam and holy ashes will be filled in it. It can be worn as a necklace or bracelet which helps to receive maximum benefit from the amulet. It helps to cure diseases, ward off negative influences of planets and evil forces. It also fulfills honest desires with respect to wealth, progress, success and longevity. It acts as a great protector in times of need.