This event has been completed.
Please visit this link to perform individual Bhairavi Mahavidya Homam
https://www.vedicfolks.com/celebrity/karma-remedies/homams/bhairavi-homa-gain-the-bliss-of-life.html

Among all the Dasa Mahavidyas, Goddess Bhairavi holds the fifth position and denotes great cosmic consciousness. She is one of the most powerful tantric goddesses – a mother who would go any length to protect her children from calamities and dangers. She’s the consort of Bhairava, a fierce form of Lord Shiva that’s associated with destruction.


Kaula Tantra describes the 64 yoginis as servants of Goddess Bhairavi. She helps devotees to get relief from pain and suffering, also grants blessings of ashta siddhis or eight spiritual powers that results in spiritual progression to master all supernatural powers and techniques. She protects from harmful influences and evil doers. She destroys to create virtue, and shares unconditional love among her children. She is Time which fructifies Karma and dissolves everything to recreate.


It is important to understand that unlike the Trinity gods, Brahma, Vishnu and Shiva who control creation, maintenance and destruction respectively, Goddess Bhairavi is a superior force that controls all three aspects of life. She annihilates strong negative forces that prevent spiritual growth. In Durga Saptashati she’s Goddess Kali who destroys the demons and drinks their blood.


Bhairavi Mahavidya Homam will be performed on Bhairavi Jayanthi, the goddess’ appearance day, to obtain success in all efforts especially financial and commercial transactions. The goddess removes obstacles that leads to victory in all aspects of life. The goddess is known as Bhava Bandan Mochan as her worship relieves one from all kinds of challenges. The goddess enters the soul when you revere her with total surrender, devotion and adoration. She quickly appears to rescue everyone from deep sorrows and negativity.


The goddess dwells in the Muladhara Chakra situated at the base of the spine. Therefore, she is actually the ascension of the fundamental energy of the body called Kundalini and its purifying action on all levels of the human being.

The purpose of Bhairavi Mahavidya Homam is to free the devotees from the clutches of Arishadvargas which are the six passions of mind or enemies of desire – kama (lust), Krodha (anger), lobha (greed), moha (delusion), mada (pride) and matsarya (jealousy). These negative qualities are man’s biggest enemies that as they fill the mind with negative thoughts. They also stand as obstacles in realizing his true self and attaining moksha. Bhairavi Mahavidya Homam helps to activate all chakras in the body as the deity’s energy permeates the chakras namely Mooladhara, Swadishtana, Manipuraka, Anahata, Visuddha, Ajna and Sahasrara.

The Bhairavi Mahavidya Homam is performed to derive power, courage, strength, ferocity, kindness, power, wisdom and strength of the goddess for the benefit of the devotee. Goddess Bhairavi, when worshipped, destroys evil desires of an individual and also protects the devotee from bad elements that cause harm. The ultimate aim of the ritual is to remove all negativity within like sensuous desires and evil motives and show the path of dharma or righteousness.


The Bhairavi Mahavidya Homam helps those whose lagna in the horoscope is weak and suffer due to this. The goddess is a manifestation of Parvati who symbolizes love, compassion, fertility and nourishment. Therefore one gets all these blessings from the ritual. She also controls the electromagnetic radiations that come from outer space and the effects of the nine planets are controlled by her. It safeguards against enemies, fears, dreadful situations and ensures your safety always. It also secures success in all your efforts especially financial dealings and instils knowledge, spirituality, wisdom and devotion. It gives a life full of love, prosperity, a happy marriage and healthy children. 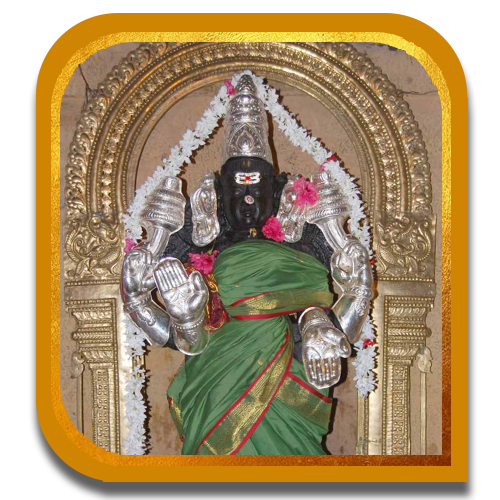 Goddess Annapurani is an incarnation of Goddess Parvati. Goddess Annapurani ensures wealth, success in all your efforts be it personal or professional, and fulfills all wishes of her devotee. When she blesses the food, it becomes nectar. A puja to this goddess ensures prosperity and happiness. She makes hunger disappear, brings happiness, removes poverty, crisis and creates fulfilment in everyone’s lives. She is a goddess of food grain and hence associated with Dhanya Lakshmi, the bestower of plentiful crops and bounty. She is also the Goddess of Kashi and gives energy to attain knowledge and enlightenment. Goddess Annapurani puja will be conducted at the Chottru Thurai Nathar temple in Thanjavur district of Tamil Nadu for the benefit of devotees. 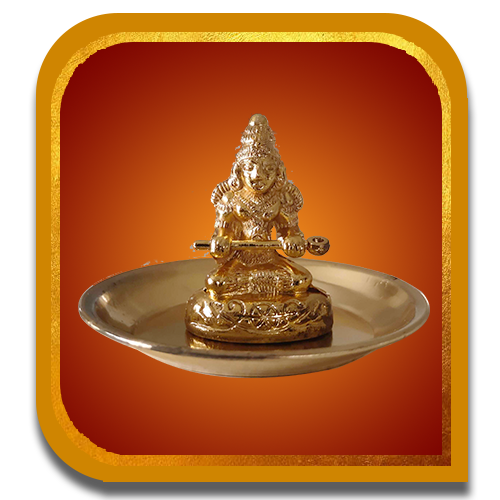 The energized statue of Annapurani, the goddess of nourishment, is made of high quality brass. She’s seated with a ladle in her hand. The idol is small but attractive, and the energized idol will bring blessings of great prosperity and wholesomeness in your household. Never will there be any dearth of food supply as the goddess ensures that you stay satiated always. Worship this mother of nourishment every day and get blessings of long-term fortune and contentment.