Ganadhipa Lord Ganapathi homam is preferred ritual all over the universe for an auspicious beginning which is performed on an auspicious day of Sankashti Chaturthi chanting auspicious 1000 Names of Lord Ganesha is to remove all obstacles in life, clear negative energies in your progress, bless success in all endeavors, victory in your proceedings, bestow peace and harmony in your approach, productive undertakings, spiritual well-being, expansion of family lineage, material abundance and prosperity. 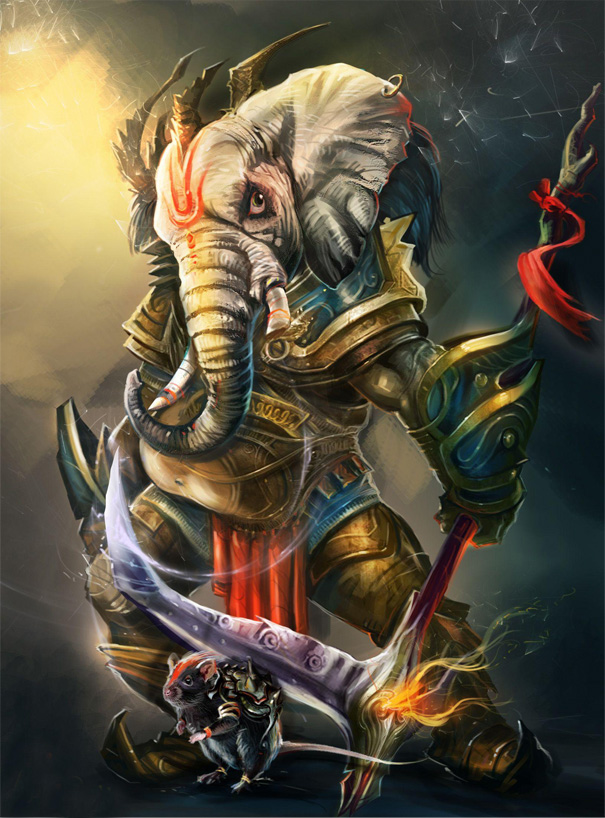 Lord Ganadhipa Ganapathi is also called as Lord Ganesha is the epitome of life, the life force, the creator of true elements of life, is the essence of all creation. A Joyful Ganadhipa Lord Ganesha symbolize true belief, a deity who brings new change, new beginning, embracing new life for beneficiation of devotees i.e. Self, in respect to Karma Shakti controlling mind and body, Gyan Shakti in respect to expansion of Knowledge and Wisdom like Developing Art, Science and Technology. Performing auspicious Lord Ganesha Sahasranama Homam on this day, is highly graceful in seeking his blessings chanting 1000 Names of Lord Ganesha as Sahasranama will attain the blessings of supreme consciousness that supersedes all energies in the world creating positive energy, positive vibration which vibrates in unique densities and divine intensities bestows treasures of spiritual values, fundamental knowledge of nature, absolute reality, life of existence, brings in the universe ultimate unity and peace. 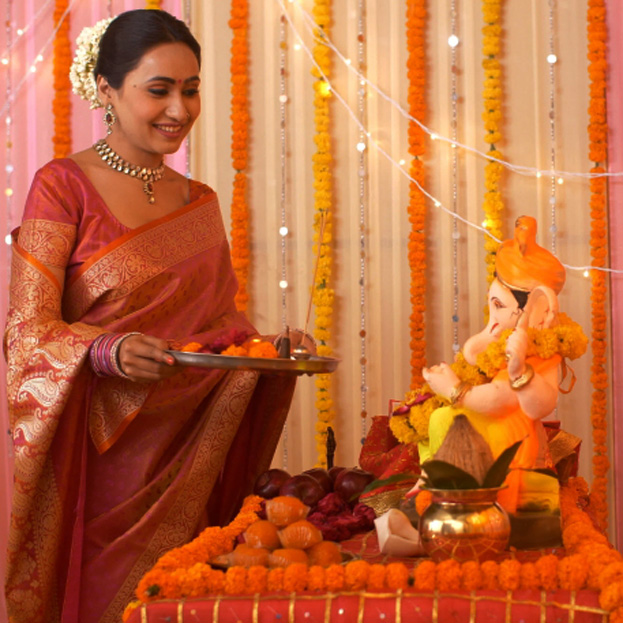 Lord of 1000 Names, Wisdom and Intellect: Lord Ganesha manifests in Natural Forms, attuned to the rhythm of Nature, lover of all-natural things like Kindness, Joyful, Gentle, Sweet, knowing everything around him, Never Say No to anyone, Unfailing help.

Lord of Organs: Lord Ganesha is the lord of control who governs the qualities of elements of life in gross and subtle form in the form of human body namely sense of hearing, sense of touch, sense of sight, sense of taste, sense of smell.

Healer of Impurities: The three qualities of Life elements are controlled by Lord Ganesh which are Sattvic, Tamas, Rajas. Though Sattvic quality denotes purity, but impurity in all Gunas is predominant, ultimately lead life to be impure, heals all impurities in life.

Attain Samadhi of Enlightenment: Lord Ganesh who is the presiding deity of water is the healer of impurities, one who heals Maya of frequent changes in life, Unrealistic moments, Darkness and Destruction and guide and direct us to see beyond Illusions the reality to reach the path of life of Simplicity, attain the state of Samadhi or Absolute Enlightenment.

Lord of Siddhis: Lord Ganesha is Lord of Siddhi’s where one from his blessings obtains life accomplishment, Perfection in his Deeds, Success in Endeavors

Lord of Wisdom: He is deity of Master of Traits and Behavior make you get rid of what you haven’t earned so far i.e. Ignorance and Keep obtaining what you have obtained already i.e. Wisdom

Lord of Gnana and Kriya Shakti: Lord Ganesha is Lord of Interest and Fascinating deity one to ten heads with single tusk is auspicious and benevolent, who is lord of the beginning, master of threshold, an enchanting depiction and portrait, sportive and playful as Child with elephant head, does exactly what he wants, free to do as he wish, see anything what others cannot see. Lord Ganesha large head symbolize Perfect Wisdom in the form of Gnana and Kriya Shakti, but his trunk denotes Organ of Action. He is revered as Master of all Sense Organs of mankind, bless nourishment and fulfilment.

Power of Om Vakratundaya Maha Kayaa: In an ensuing battle with the demon Madhu and Kaitabhaa, Lord Vishnu was reminded to pray Lord Ganesha before he started his fight, which gave him all success to overcome and destroy the demons, to restore Dharma. Lord Ganesh is an auspicious beginner, blesses all Victories in Life.

Lord of Murti: Out of Ashta Ganapati, Lord Siddhi Ganapathi trunk is turning to right side indicates auspiciousness and worshiping denotes attraction, brightness, knowledge of external world, universal expertise and practice, blesses with all Siddhis in life. 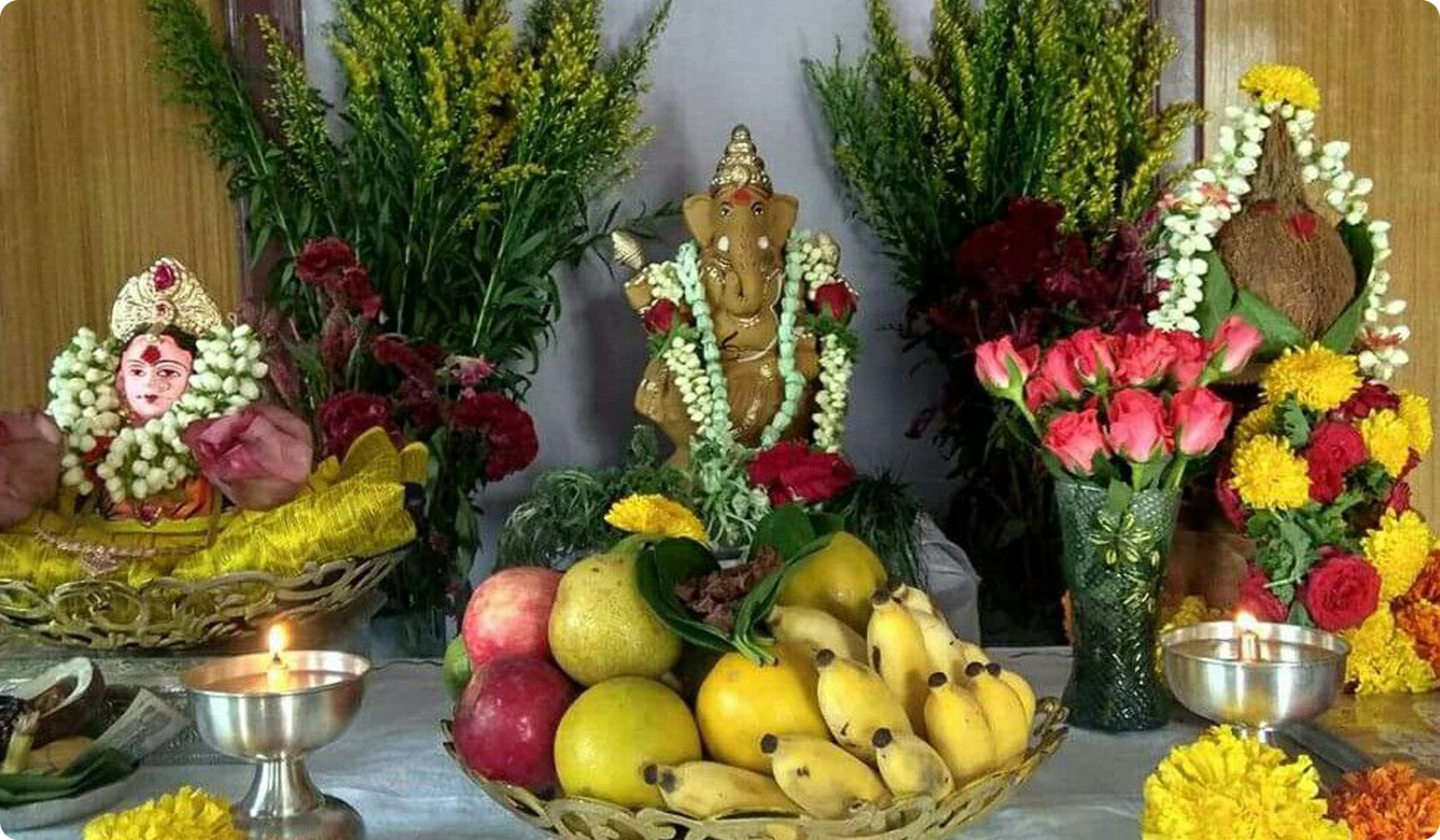 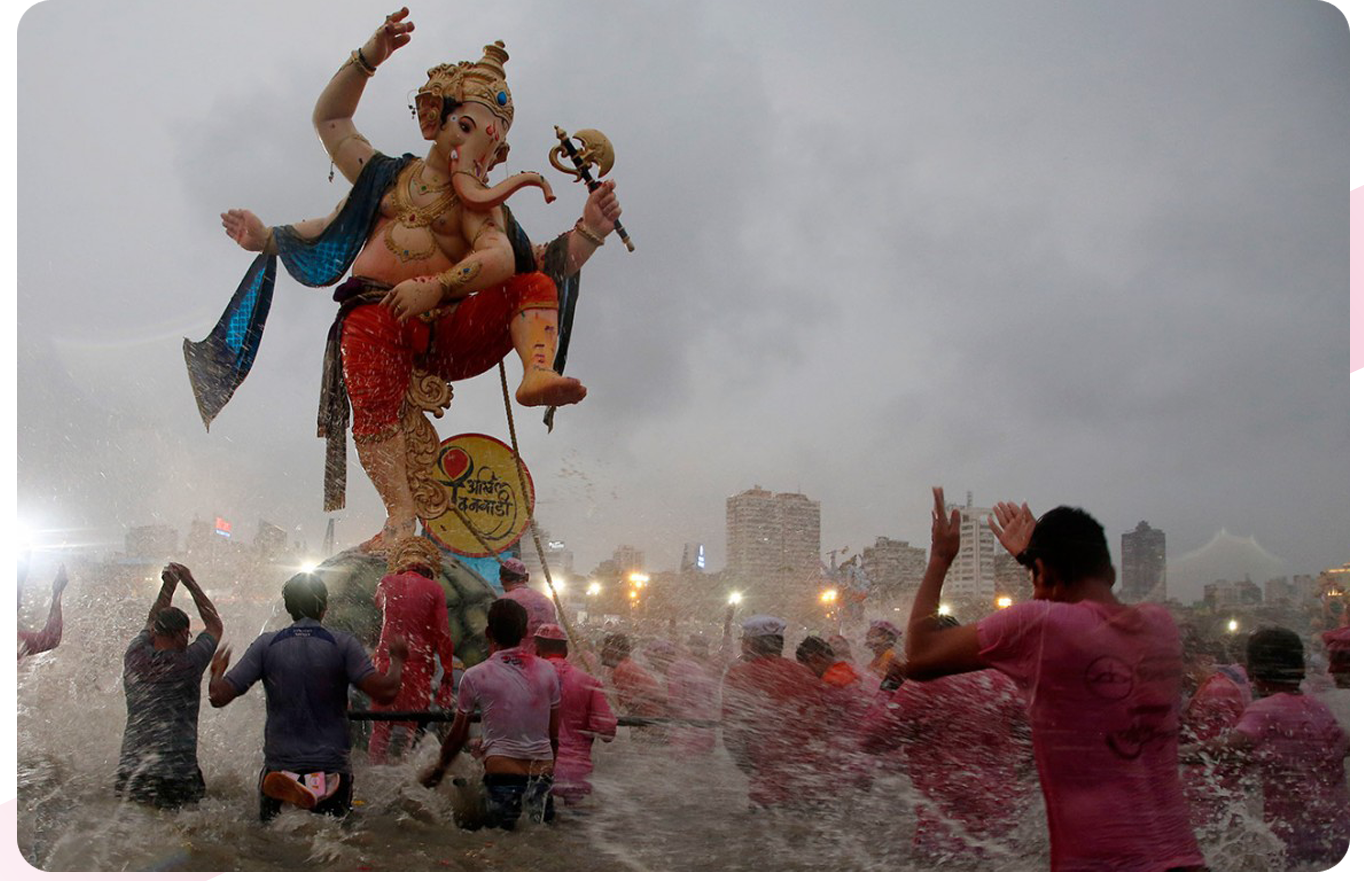