Fetches You Great Fortune in the Form of Money,
Gold & Removes Doshas, Sins

Kalashtami is observed on the eighth day of Krishna paksha or the waning phase of the moon. The day belongs to lord Bhairava, who is said to be the fearsome and furious manifestation of Lord Shiva. Worshipping any form of Bhairava on this day gives you the benefit of wealth, success, health and removes obstacles. Also devotes can ensure that their sins will be washed away and they can be free from the fear of death.

Swarna Akarshana Bhairava is one of the powerful forms of Kala Bhairava. It means gold attracting Bhairava. Swarna Akarshana Bhairava symbolises gold. He grants boons of wealth and prosperity. Also called Dhana Akrashana Bhairava, Swarna Akarshana Bhairava appears to be seated below a kalpavriksha tree on a royal lotus throne. In one hand he holds the trident to signify annihilation of evil. The abhayavaradha gesture indicates he is the ultimate saviour. The golden kumbham or pot in his hand means all wishes will be granted. He holds a beautiful lotus in his upper right hand to suggest ‘Padma nidhi’ which means wealth equalling to the numerical number 10 to the power of 35.

Swarna Akarshana Bhairava has a conch shell in his upper left hand to indicate 'sanga nidhi' that is prosperity equalling to the numerical number 10 to the power of 14.


It is very significant to understand that 'Padma nidhi' and 'Sanga nidhi' are two treasures of Kubera, the treasurer of heaven and the lord of wealth and prosperity.


Bhairavi Devi too is generous with a golden pot in her hand and grants blessings of abundance.


There's a story in Rudrayamala Tantra which says that after hundred years of war between the gods and demons, Kubera was penniless and therefore Goddess Lakshmi was also impoverish. So, the two deities asked Lord Shiva how their wealth can be restored, for which Lord Shiva suggested they pray to Swarna Akarshana Bhairava at the Badrinath Dhaam. After deep penance, the Lord appeared showered gold with his four hands and the Gods became prosperous again.

Swarna Akarshana Homa can transform your life altogether. The blessings can alter the flow of 'prana' or life currents and creates an awareness into the deeper chakras. Also karmas of many births can be negated. Experience positive vibrations, unlimited treasures, health, wealth, joy and happiness. It's also beneficial for purchasing new properties, finding a solution to financial and economic problems. The lord is a powerhouse of money and gold and therefore helps you to overcome monetary problems. He showers his devotees with huge amount of gold and money.

What You Can Expect From Swarna Akarshana Bhairava Homam 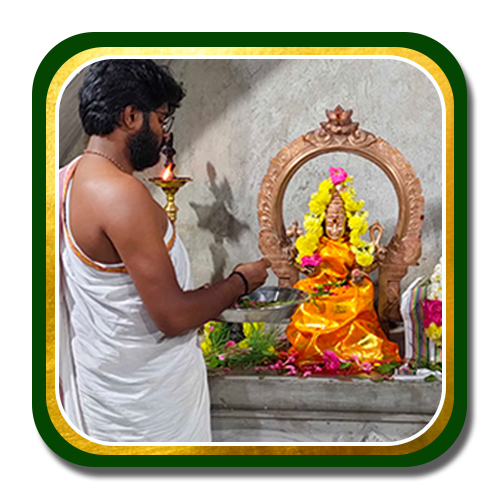 A Rig Veda verse, the Sri Suktam is a song of praise and here Sri refers to Lakshmi. Sri Suktam is one of the best ways to worship the goddess of wealth, prosperity and abundance. This is a miracle hymn and when devotees recite this along with the Sri Yantra then they never experience poverty. All the syllable, words and letters in the 15 verses of Sri Sukta, together form the sound body of goddess Lakshmi. She is also referred to as Sri, which means the personification of auspicious qualities. 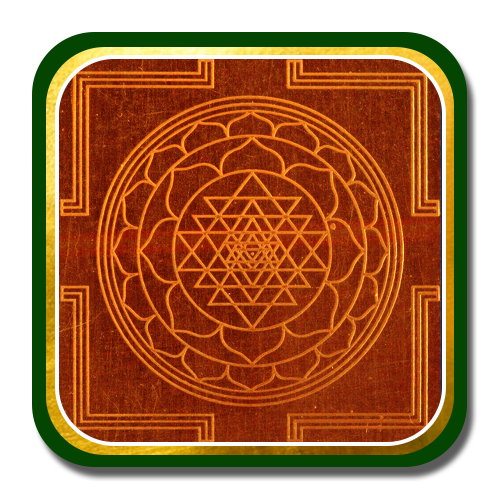 The Sri Yantra is one of the most revered spiritual tool that's auspicious and important. It has an ancient mystical geometry and has been described in the age old texts like the Upanishad. It is formed by nine interlocking triangles that originate from a central seed point called the Bindu. It has a direct connect with goddess Lakshmi, the deity of fortune, wealth and prosperity. It can fulfill desires, both material and spiritual, for those who seek prosperity by awakening the inner cosmic powers.