Glorifies Lord Shiva in Five Elemental Forms for Boons of Health, Prosperity, High Positions in Career and to Purify Mind, Body and Soul

Lord Shiva is considered as a formless, limitless, unchanging, transcendent Brahman and the primal Atman (soul) of the universe. He is worshipped in an aniconic form – the Lingam. He is also responsible for destruction of the ruthless and creating anew of the living and the non-living. Life in the universe manifests itself after the five elements combine together in various proportions. According to Ayurveda, the body’s equilibrium with the five elements is governed by the principles of Kaph (phlegm/water and earth), Pitta (bile/fire), Vayu (gas/air) associated with the tissues of the body and malas or waste products.

The jivatma or soul exists in the body which is being structured by these five elements. The Skanda Purana reveres Shiva as the Supreme Being, in whom the universe originates and into whom it finally merges. Therefore Lord Shiva – the personification of Pancha Bhoota is also worshipped with a five-syllable mantra, Na, Ma, Shi, Va, Ya, that indicates the five elements of nature – earth, fire, ether, wind and water.

Lord Shiva is worshipped as an embodiment of each of the five elements. He rules the elements as he rules life, and therefore, is revered in special places of worship, the ‘Pancha Bhoota Stalams’ in South India. While four of these temples are located in Tamil Nadu, one is situated in Andhra Pradesh.

An interesting fact about the Pancha Bhoota temples are that they are aligned in a straight line. The Chidambaram Nataraja temple, Kanchipuram Ekambareswara Temple and Sri Kalahasthi Temple are positioned in a straight line. The Thiruvanaikkaval Jambukeshwar temple is located three degrees to the south and exactly one degree to the west of the northern tip of the divine axis, while Thiruvannamalai Arunachaleswar temple is around midway i.e., 1.5 degree to the south and 0.5 degree to the west.

Vedicfolks Pancha Bhoota Shiva Linga Homam will be performed on Pradosham which is an auspicious window of time before sunset when the lord’s energies are high. Worshiping Lord Shiva during this time blesses you with wealth, happiness, children and honour. It frees one from sins committed, clears dosha and also grants salvation to the soul.

Pancha means five, and bhoota denotes the elements and lingam is the iconic form of Lord Shiva that manifests in all five temples. 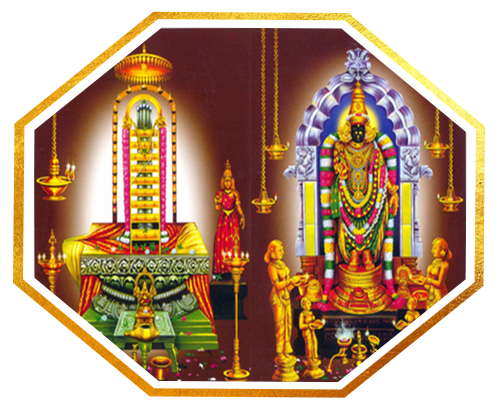 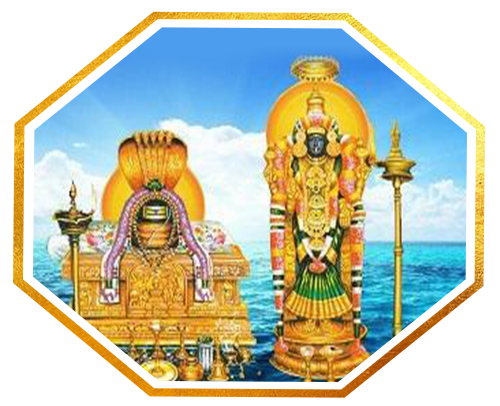 In the Tiruvanaikkaval Temple, a water spring in the innermost sanctum proves that it is related to water element and hence Jambu Linga. The linga is perennially submerged in water and spring gushes around. The lord is worshipped as Jambukeshwar and the mother is Akhilandeshwari. The god gives blessings of unity between husband and wife, good spouse for the unmarried, high yield of crops and surplus water for a comfortable living. 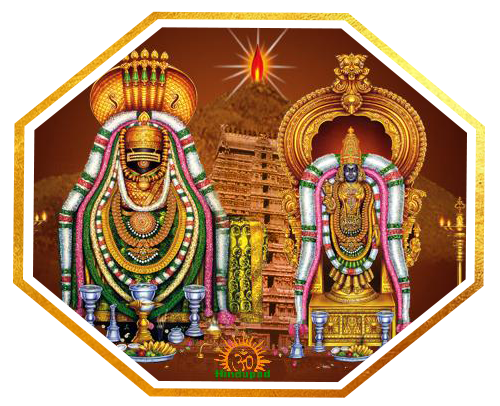 In the Thiruvannamalai Arunachaleswarar Temple, Lord Shiva manifests as a huge column of fire signifying fire element. The lingam represents agni or the fire element which signifies purpose of life – duty, virtue, self-sacrifice and finally moksha or liberation. Blessings of the lord include high positions in career, relief from debt burdens and poverty, and endless prosperity in all subsequent births. 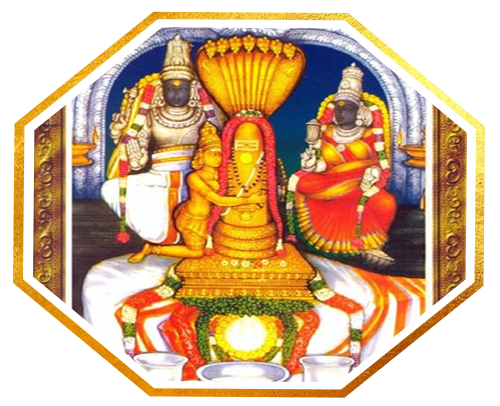 Ekambareshwar Temple in Kanchipuram represents the earth element. According to Vedic texts, Goddess Parvati (Kamakshi) made a linga of sand – Prithvi lingam and worshipped it under a mango tree. To test the goddess’ devotion, Lord Shiva created a flood that threatened to destroy the linga but Parvati embraced it and saved it from destruction. Lord Shiva is also called Tazhuva Kuzhainthaar which means the one who melted in the embrace. Devotees pray to the lord for gaining knowledge, finding cure of diseases, acquiring comforts of life, wealth and salvation. 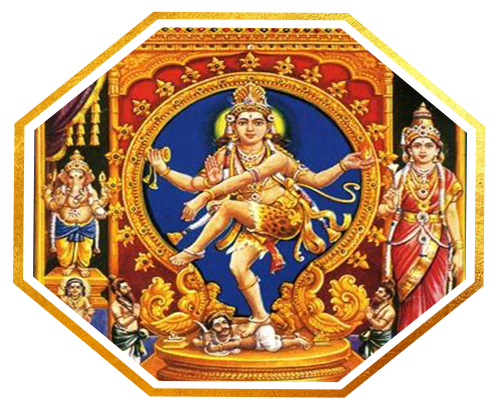 Chit means consciousness, ambaram means sky. Therefore, Chidambaram means the sky of consciousness. Sky denotes akasham, so chitakasham is the state of supreme bliss or aananda of the lord of Chidambaram, Sri Nataraja Swamy. The aananda tandava pose of Lord Nataraja symbolises five divine acts or pancha krityas of creation, sustenance, dissolution, concealment and bestowment of grace. Chidambaram temple is also one of the five dance halls of Lord Shiva – Kanaga Sabhai. The linga in this temple is Akasha Linga that represents the sky element. The lord blesses the devotees with mental peace, cures health problems and ensures eternal prosperity for his devotees.

Glorifies Lord Shiva in His Five Elemental Forms for Boons of Health, Prosperity, High Positions in Career and to Purify Mind, Body and Soul 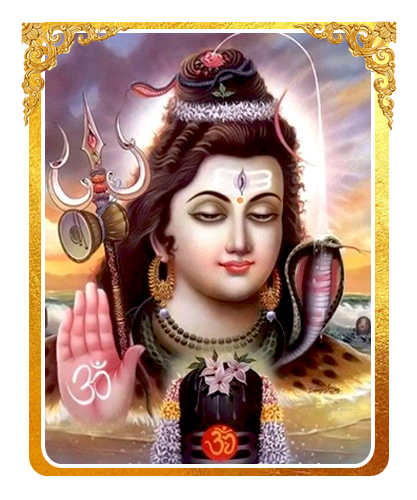 Pancha Bhoota Lingeswarar Homam is a powerful worship of the five primordial elements that sustain life of human beings. These elements are controlled by the lord of supreme consciousness Shiva who represents each element in the Pancha Bhoota shrines of the south. The Pancha Bhoota Lingeswarar Homam glorifies the God of Life, Shiva for blessings of sustainability, everlasting prosperity, purification of the body and senses and positivity. Mrityunjaya Shiva who is the lord of life grants longevity, gives all comforts of life, boosts your career prospects, grant good spouse and marriage blessings, elevates your soul and grants moksha. His five elemental forms are powerful self-manifested lingas that grant devotees peace and harmony forever.

The energies of the five elemental forms of Lord Shiva will be invoked in five kalasams at our homam centre for powerful blessings. 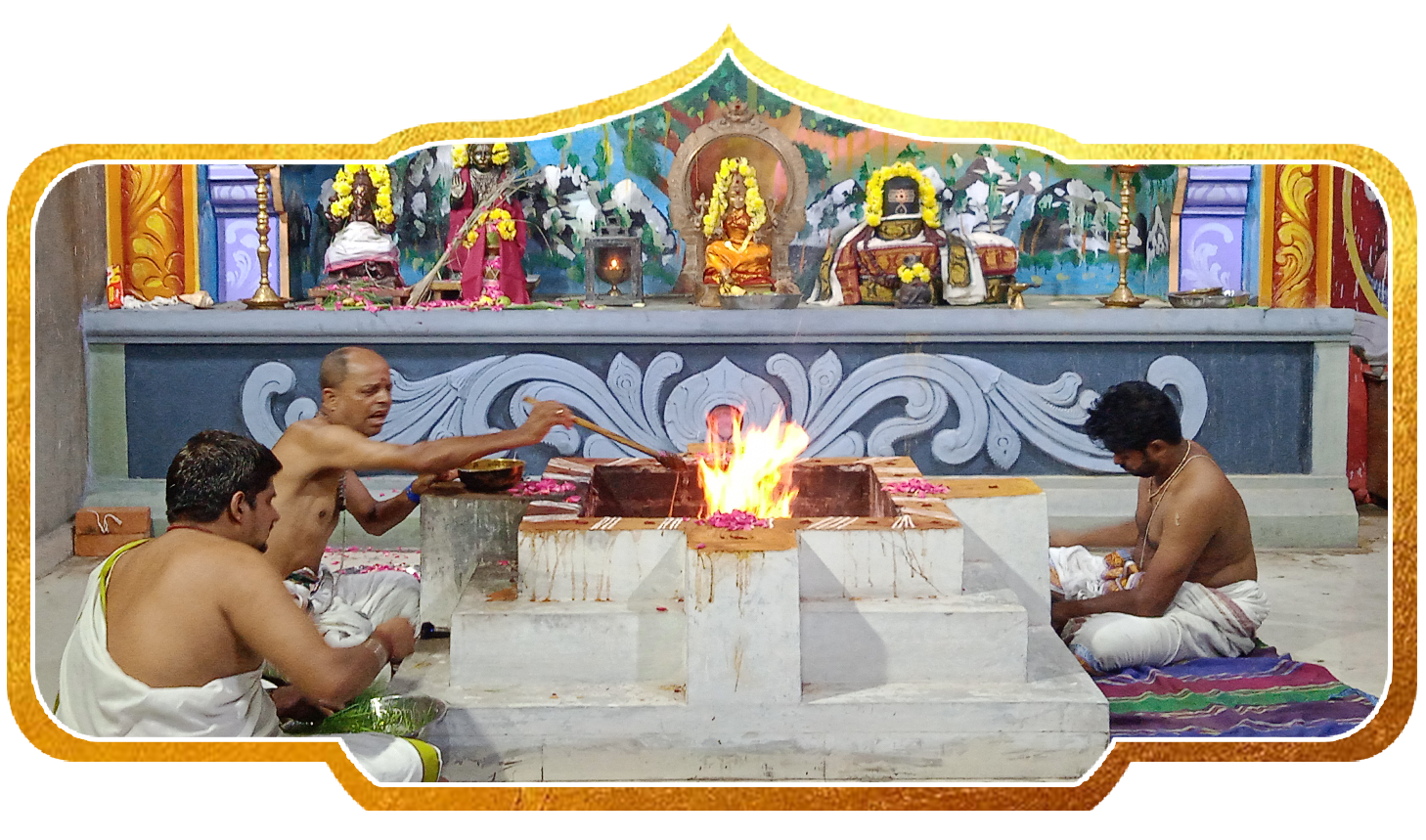 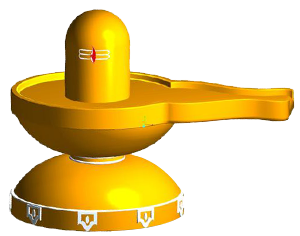 Abolish karma of past and present, of even your ancestors.

Remove dosha, sins and curses with this powerful homam.

Cures health issues and keeps you in good state of mind.

Purify your mind and body, get positivity and long life. 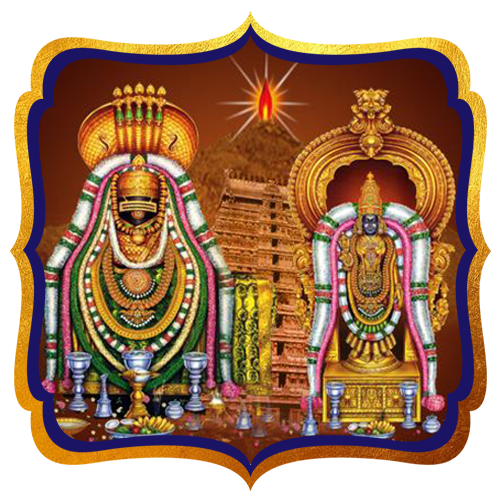 Lord Arunachaleswarar temple is situated in Tiruvannamalai in Tamil Nadu. It is one of the pancha bhoota stalams or the five Shiva shrines that symbolize the five elements of nature. The presiding deity of this temple represents Agni lingam or fire element. The temple is the largest in India where Girivalam or circumambulating the temple is an important ritual. It relieves the devotee from sins and grants moksha. Lord Annamalaiyar or Arunachaleswarar is enshrined with his consort Mother Unnamalaiyar. Karthigai Deepam is one of the important festivals observed with much fanfare in this temple. It is believed that ancient siddhas are seen in meditation around the temple precincts. A puja in this temple will negate karmic sins and bad effects of planets. It will bless devotees with a turning point in life, and protects from evil doers. It also enhances family relationships, improves mental fitness, sound health, and bestows success in business and profession. It also gives power, happiness and Ashta Aishwaryam. Lord Arunachaleswarar is the lord who relieves one from the cycle of birth and death. 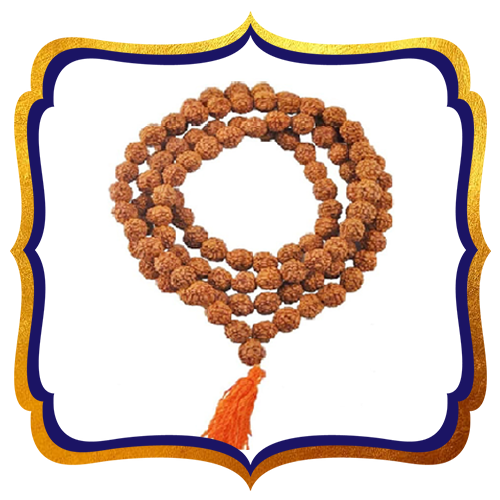 Rudraksha mala is a divine rosary of Rudraksha beads that represents Rudra or Lord Shiva. It is a perfect tool for meditation as it energises the central system of your body. It also removes depression, obstacles and mental blocks. It helps to attain self-development that leads to growth, it strengthens inner personality, eliminates negative traits in an individual and ensures inner positive vibrations. It grants happiness, prosperity, intuitive ability, desire fulfilments, harmony and self-empowerment. It also enhances intellect, creates self-awareness, and removes all negative vibrations including those of planets. You can chant the lord’s mantra 108 times with the divine beads to achieve all windfalls in life.