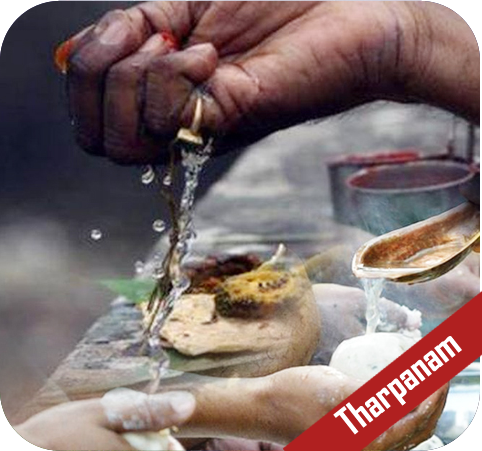 Tharpanam means "An offering which satisfies". In other words we mean is the offering of water mixed with Black sesame seeds or "Tila" to ancestors or forefathers. Generations would have several ancestors and this offering is addressed only to three generations of father, grandfather and great grandfather along with their wives in a family and maternal grandfather, his father, his grandfather along with their wives in mothers birth side family members. Before starting this practice, it is to be well understood by the performer that tharpanam is done only to deceased father or deceased father and mother. If maternal side grandfather is not dead and alive, NO tharpanam should be done for his family, which can guided by any spiritual gurus or by Vedicfolks experienced priest, with your query.

What is Mahalaya Amavasya?

It is to be noted from the day of Amavasya Vrat observed on Amavasya tithi of the Bhadrapada Month, commencement of Mahalaya Paksha automatically happens on "Bhadrapada Purnima" day. This is the month is said to be auspicious month to perform "Pratipada Shraddha" for those deceased family members.

Shukla Paksha is said to be the brighter lunar fortnight or waxing phase of the moon, where the word "Shukla" is said to be white or bright. It is the period of first 15 days starting from Shukla Amavasya, New Moon day, and is considered to be auspicious clubbed with favorable time period to start growth oriented elements of life or expansion on every plane of life existence, which includes Physical, Mental and Spiritual plane of existence.

Krishna Paksha is said to be the Darker lunar fortnight or waning phase of the moon, where the word "krishna" is said to be dark or dark half of the month. It is the period of second 15 days which begins on the Full Moon Day, i.e. Purnima day, is considered to be less auspicious, as the moon said to be losing its power influencing the growth of life existence, resulting a decline, decrease, diminish or wane. 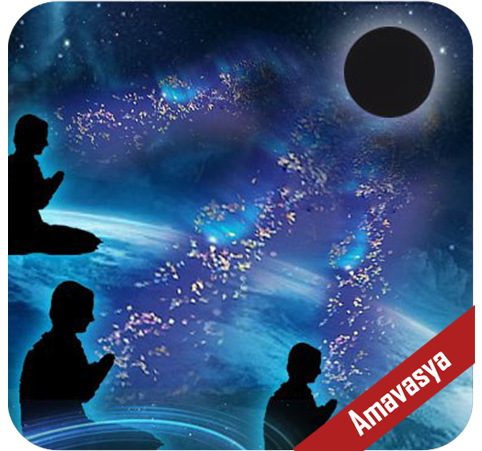 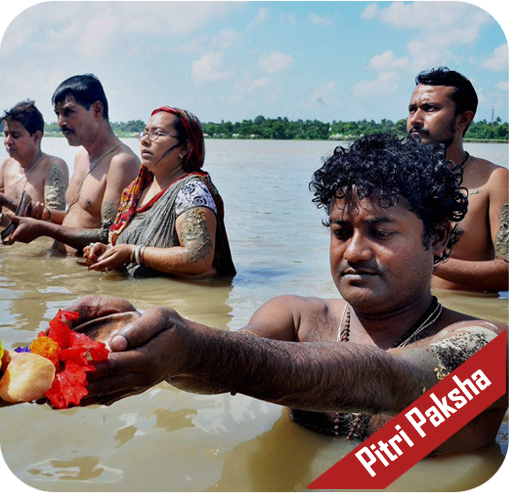 Why we call Pitri Paksha?

This period has several names of calling namely "Pitru Paksha" and "Pitri Pokkho". This is said to be in this phase of moon that is Pitri Paksha or observance of "Shraddha" for 16 Lunar days from the commencement of Mahalaya Paksha which starts on the Full Moon day of Bhadrapada month, but ends on New Moon day.

Pitri Paksha is considered to be important day but inauspicious, as it is believed the death rite or ceremony is performed on this day as Shraddha or as Tarpana. This Pitri Paksha takes place following fortnight immediately after the Ganesha Chathurti Celebrations, which is said to be on the "Pratipada" being the first day of the fortnight, the Mahalaya Paksha month, which is been called by several names"

What is the Legacy of Pitriloka?

The time to Propitiate the ancestors during Pitri Paksha. It is said the Atma i.e. Souls of three preceding generations of one immediate previous ancestor resides in "Pitriloka", a specific place or area or department between the earth and heaven. This place is ruled by the god of death, Lord Yama, who is responsible to take the dying man soul from the place of earth to Pitriloka. If a family member of the next generation happen to die, the first generation ancestors shifts to the heaven and unites themselves with God, so the Pitri Tharpana offerings is not given to first generation. Therefore, only three generation in Pitriloka ancestors are given Shraddha ritual rites and Lord Yama plays a vital role in this. It is believed that once the Pitri Paksha is commencing, the sun is said to have a shift and enters the moon sign "kanya" and after a month the sun enters the moon sign "Vrischika", being a full moon day. During this time, as coincidental with the sun moment, it is also believed the ancestor spirits makes a shift and reside in descendants' homes leaving Pitriloka, until the sun enters Vrischika. This is the best period to offer your Pitri Paksha Shraddha to appease the ancestors during the first half of Mahalay Paksha, which is during the waning phase of the moon, i.e. dark fortnight. 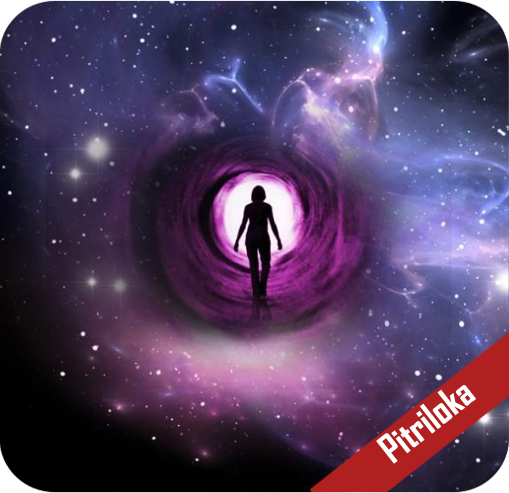 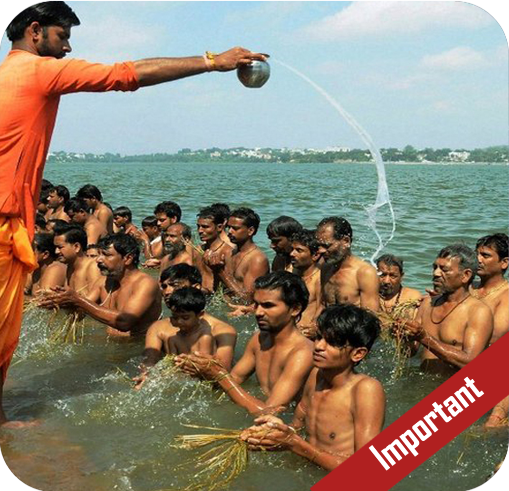 How Pitri Paksha is Important?

When Great Donor Karna died in the war of Epic Mahabharata, his Atma "Soul" entered heaven, where he was offered only gold and jewels, instead of food. Karna asked Lord Indra, the lord of heaven, to offer him food to eat and asked him why he has been served gold instead of food. Lord Indra told he donated during his life time only gold, he never had appeared to offer food to his ancestors in Shraddha, to appease them, any time. Karna agreed he never knew of this practice. Since he is a great donor, to his surprise, an amendment was initiated, as he never did anything for himself, karna was permitted to return to earth for 15 days to perform Shraddha and donate food and water in the memory of his ancestors. This period of known as "Pitri Paksha".

So performance of Shraddha or Pitri Paksha is important during Mahalaya Paksha, to make sure that the soul of the ancestor goes to heaven. According to ancient Garuda Purana, it says "If you are not blessed with a Son, there is no salvation for a man". Therefore the householders or Karta has to appease the ancestors every Mahalaya Paksha alongwith Gods (Devas), Bhutas (supernatural creatures) and honorary guests.

According to Markandeya Purana, if the ancestors are happy with the offerings of Shraddhas by you, you will be blessed with Wealth, Good Health, Knowledge, Awareness of Life, Live Longer, Disease Free Life, Attain Salvation and you will be leading to heaven.

What needs to be followed and practiced on the day of Tharpanam?

Pitri Paksha or Mahalaya Amavasai ritual is carried out by reciting the ancestors names with Gotra, invoke their eternal soul, offer Tarpaṇam with black sesame seed and as much as liberal quantity of water. Symbolically it is an liberation offered to deceased ancestors using water and sesame seeds during Pitru Paksha or as a death rite. First to keep them happy in the eternal world and secondly, to seek their blessings for a long life and prosperity. By this way, what we owe to ancestors we pay them off for having given us birth, through the ritual 'Tarpanam', where removing the blind physical forces, bless heirs with abundance in life. It is a belief from ancient times, to appease the soul of the ancestors who are formless and eternal, is a unique practice every Mahalaya Paksha which is very auspicious and performing at the right time with right direction shall remove all negative karmas, disbelief in life, build a path for a successful future generations to come. It is said in Vedic scriptures the ancestors visit the earth through eternal source to bless the next generation legal heirs, for being dutiful and generous, pave way to attain Liberation and blessed with wealth, health and prosperity. 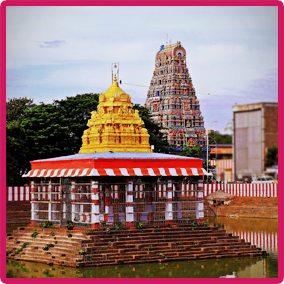 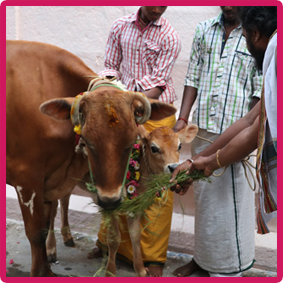 Feeding cows with bunches of Spinach relieve you from Pitru Dosha, eliminates all the sins that you committed unknowingly, bring welfare of the entire family and generations. 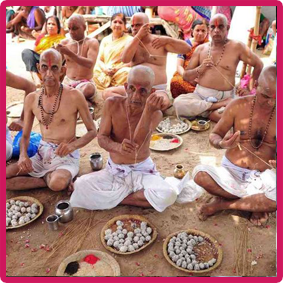 Tila Tarpanam at Rameshwaram Temple - Clear the sins, heal the past, enrich all life desires, brings auspicious fortunes in life

Arulmigu Ramanatha Swami (Lord Shiva) temple is situated in Rameshwaram. Performing Malaya Amavasya ritual by reciting the ancestors names with Gotra, invokes ancestors eternal soul. Offering Tarpaṇa with black sesame seed and as much as liberal quantity of water, invoke their eternal blessings for a long life, prosperity, with good bonding with your spouse and children and future generation will grow with no troubles in life. By this way, what we owe to ancestors we please them by showing our gratitude and pay them back in return offering Tarpanam, for having given us birth, for having given us a comfortable life in this generation.