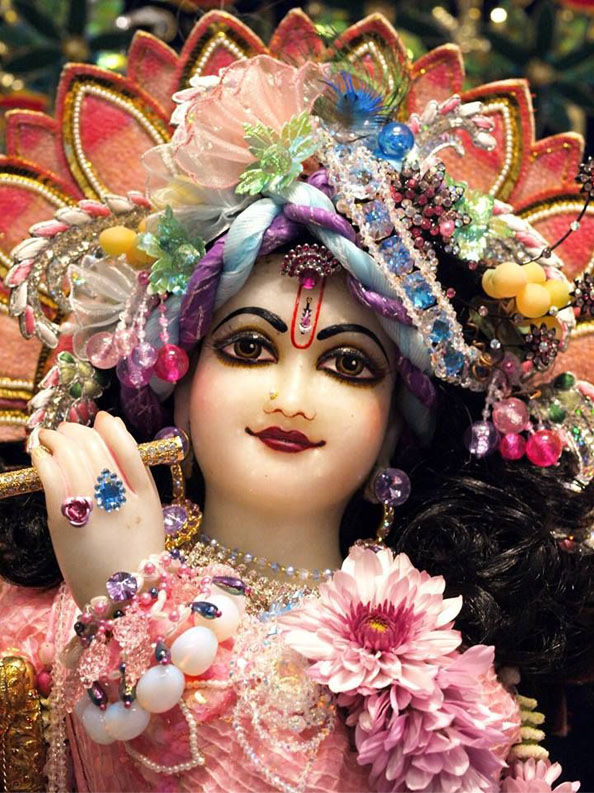 Lord Krishna is the supreme cosmic power of Gokula, a supreme deity in the form of Bukti Cult, a Principal Guru, is worshiped in the form of Homam chanting Lord Krishna Sahasranama chanting 1000 Names of Lord Krishna bless all with Entrepreneurship Qualities, Integrity, High Life Values, Innovation and Creativity, Intelligence and Visibility, Clarity of thought, Ability to Manifest, High Productivity, Ease of Being with Good Health, Wealth and Abundance of everything in life.

Worship of Lord Krishna with 1000 Unique Names is worshiping the supreme personality of the universe who is the master of Sixty-four qualities of Life Attributes which are unlimited, prominent, incomparable, ethical and moral values, is a highly powerful cosmic time to connect Lord Krishna the spiritual energy seeking his blessings with complete faith will invoke Lord Krishna divine and enchanting graceful presence to bless you for all your prayers gets your life goals fulfilled, is a wonderful life-changing fortune which only means to devotees everything in life to possess for happy living, supreme-being, supreme state of mind, abundance, peace and prosperity. 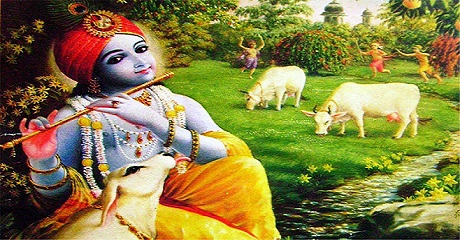 On this day worshiping Govardhana the Cattle on this auspicious time which is Lord Krishna’s favorite will get the blessings of Lord Krishna who is Lord of Progenitor, is a protector of cattle as an integral part of his duty “Dharma” brings huge benefit to the universe satisfying Devas, Saints and Sages, Pitrus and ancestors who was fulfilling the cosmic emergence of Lord Brahma the creator of the universe, protecting the ultimate truth of Dharma for life existence. 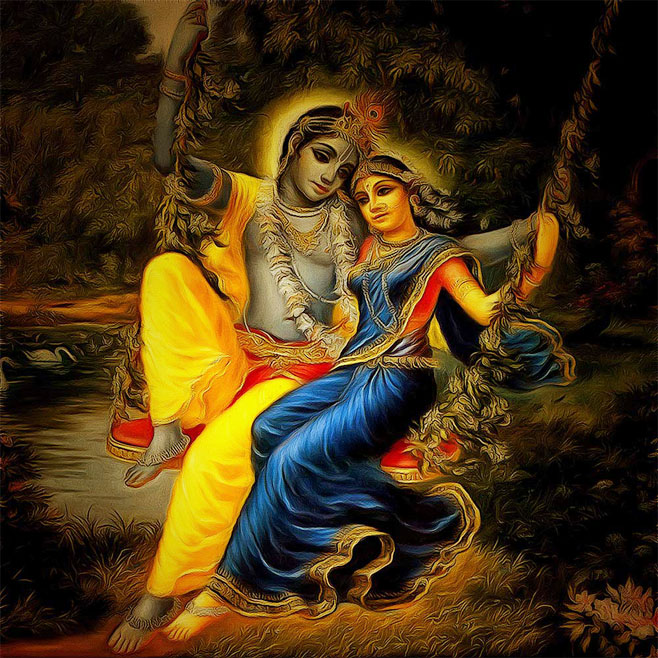 Chanting Krishna Sahasranama 1000 Names of Lord Krishna with Sudarshana Chakra Puja and performing auspicious Lord Krishna Sahasranama Maha Homam invoke the cosmic power of activation of Lord Krishna and his consort Goddess Radha and worshiping on this auspicious time Goddess Tulsi (Basil) plant invoke spiritual vibration get rid of all bad karmas including Sin of Killing a Brahmin and in the prayers Lord Krishna with Goddess Radha with the cosmic energy of Tulsi Devi is very happy to abide in every home blessing all with abundance of livelihood, incomes and gains from trade and business, positive energy, promoting money-lending business for productivity and farming, fertility, agriculture and harvesting crops, retaining knowledge and strength, being courageous, Solving Pitru Dosha, Graha Doshas, Remove Evil Spirits, Enemies, bless generation to flourish, boosting goodness, good fortune, abundance of living, treasures of world and unending prosperity.

Lord Krishna is the god head of Enjoyment as he is the supreme enjoyer, engage loving with his devotees to pass time and Goddess Radha is the absolute truth for this Supreme Lord who have appeared to fulfill every desire of Lord Krishna to his pleasure potency.

The sacred knowledge of Lord Krishna is Powerful and Insightful. It helps you to lift and inspire to lead a fruitful life, filled with wisdom, knowledge and enlightenment.

Lord Krishna is Source of Demigods and Sages. He is the origin of Entire Creation of the Universe.

Lord Chaitanya Maha Prabhu is another form of Lord Krishna himself, is a supreme personality, appearing as Lord Krishna devotee to teach the universe to gain powerful energy and enlightenment in life chanting the holy names of Lord Krisha:

Lord Krishna appeared once more in the form of a devotee to taste depth of love which Goddess Radha had for him and said Goddess Radha love depth is quite high than mine and also said that Goddess Radha’s pleasure of love is something more than Ten million love times higher than mine.

Lord Krishna have expressed his unending desires in life that many have expressed that I am the source of transcendental bliss and all derive pleasure from me. But have raised a question who could give me a pleasure where I am longing and remain happy forever. He said a person who is having qualities of more than hundred times than Lord Krishna should be in a position to extend the pleasure to my mind, which I am Still Searching in the Universe. 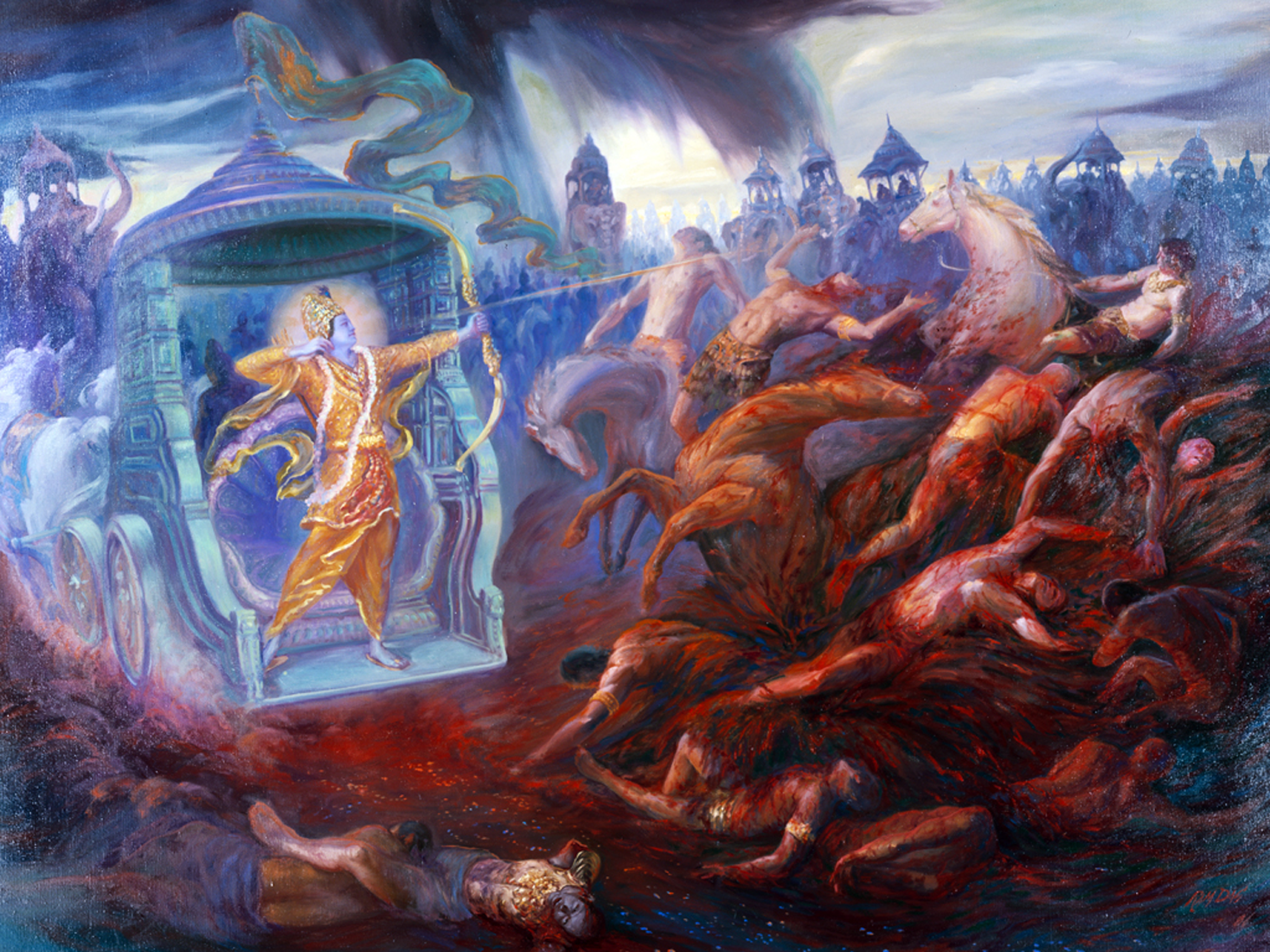 According to ancient mythological story, Lord Vishnu holds in his Index Finger was given by "Guru Brihaspati", has the power of 108 serrated blades with a jagged edge, which is used as a mystical weapon capable of imitating Shadow Emulation Techniques, immediately paralyze the shadow of the enemy on the spot. Lord Vishnu has used Sudharshana Chaktra to cut the corpse of Goddess Sati into 51 pieces which was scattered and thrown all over place in the universe giving rise to 51 Sakti Peeth. Secondly in the epic Mahabarata Lord Krishna was instrumental in killing King Jayadratha son of king Vridhakshatra, who killed Arjuna son Surath, in the ensuing battle. Lord Krishna used Sudharshana Chakra to project an artificial Moon enabling darkness showing a Sunset in the battle field. King Jayadratha mistaking this sunset came out of his protection to celebrate Arjuna’s defeat. Lord Krishna at this instant restored back the natural Sun moving the Sudharshana Chakra from its artificial position to reveal that it is day hinting Arjuna to take on Jayadratha, who killed Jayadratha on the spot. Also, another instant Lord Krishna killed Sisupala invoking Chakra, which means Lord Krishna using his intelligence had used the energy of Sudharshana Chakra gave him all success. On this worshiping Lord Krishna with Sudharshana Chakra Puja Bless all Success in Life, Ward-off Evil forces, Enemies, attain methods for overcoming potential threats and risks from evil forces in an effective manner, gain spiritual knowledge and wisdom, Boost Stability, Remove Misfortunes, Purify Mind, Body and Soul, Gain Peace and Harmony. 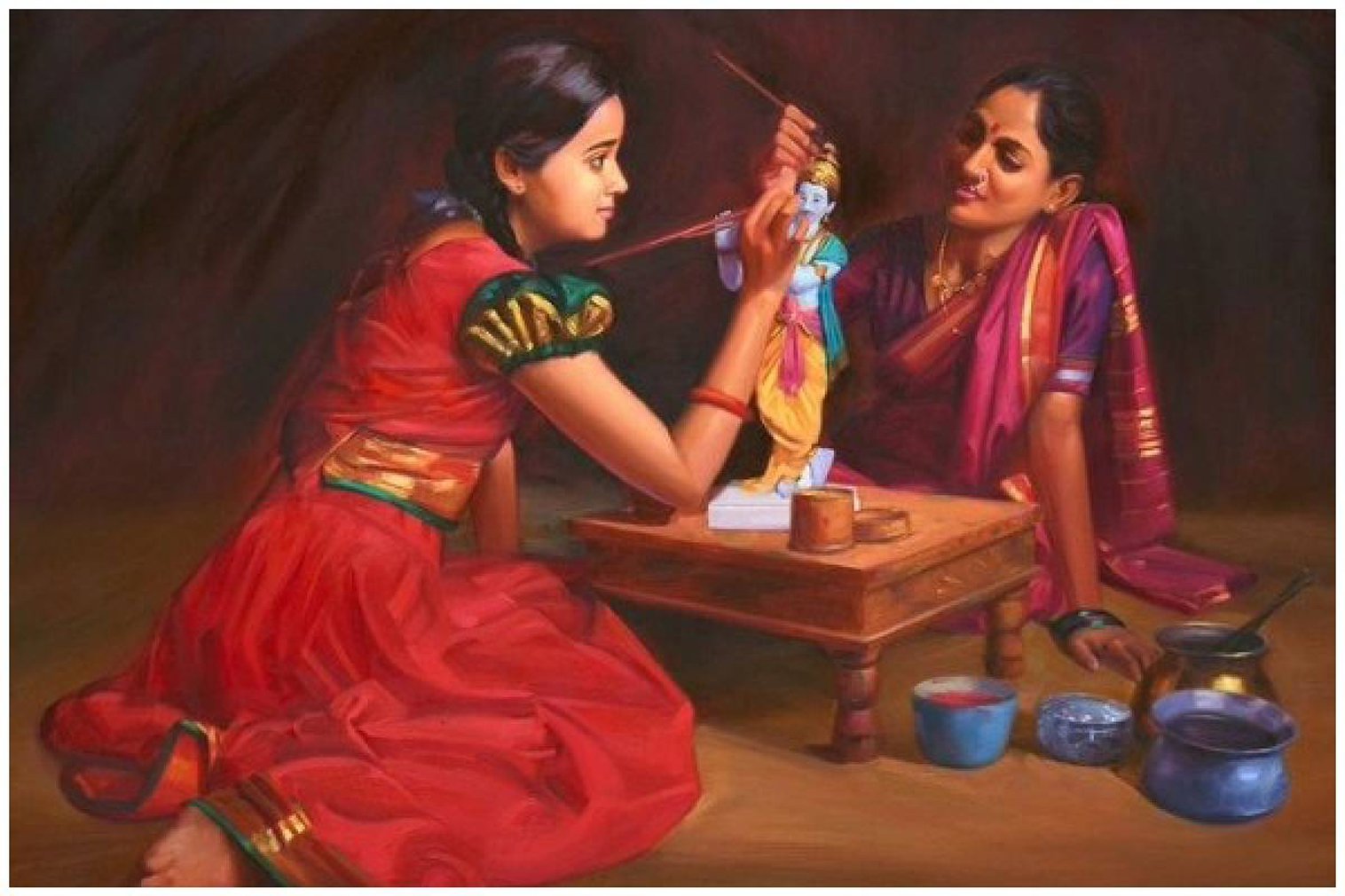